“DEAR enables you, as a business owner, to think about the business, and not about the stuff.” It’s often said that “it takes a village to raise a child.” As any new parent knows, it also takes a lot of stuff. And these days, a lot of parents want to know that the stuff they’re buying for their baby is, well, good.

That’s where the World of Good comes in. They’re a small distribution company that imports and sells sustainable products for the mother and baby market, selling wholesale to boutique stores all over Australia and New Zealand.

It began when World of Good Joint Managing Director, Jeremy Brown had some American friends visit his home in Sydney, Australia. “They were involved in contract manufacture of organic cotton products,” Jeremy explains. “They arrived here with a few of the products they were making and showed us just for interest’s sake. My wife and I both said ‘That’s incredible – maybe there’s an opportunity for us to get involved in some way?’”

“We’ve been in business since 2005,” says Jeremy. “And in that time we’ve made all the mistakes a small business can make.”

One of those mistakes, Jeremy admits, was sticking with desktop-based inventory management for a lot longer than they should have.

“We started to find our stride in the early 2010s, and we did have some systems in place to help us do what we wanted to do,” says Jeremy, a former IT professional who helped start and successfully exited a Silicon Valley tech business. “We ran our entire business off MYOB on my laptop – with all the attendant panic involved in making sure we had backups in every place you can imagine. It had its challenges, but it kind of worked, and we persevered for some time.”

The birth of a new way to do business

Every year, the World of Good would exhibit their products at trade shows, and Jeremy and his team noticed something they thought was strange. In between the stalls for upmarket boutique goods was what looked, at the time, like a computer shop – run by an outfit called SMB Consultants. With his history in tech, Jeremy was intrigued.

“We got talking about what they did, and over time they started morphing from a provider of retail and point of sale systems into a cloud integrator. At the same time, cloud computing went from a laughing-stock to a very serious way for small to medium businesses to engage with proper software,” Jeremy says.

The problem was that Jeremy and his team, like many SMBs, were nervous about moving from a system that, despite its clunkiness, was familiar and worked. “But SMB Consultants founder Jeff Atizado finally persuaded me, in the nicest possible way, that if I didn’t get off my ass and do something, I was going to be left behind,” Jeremy says. It was time to move the business online, and get away from their total reliance on a desktop system .

It was time for DEAR – but not before SMB Consultants took the World of Good team through a careful scoping process.

The most important thing about implementing software for another business, according to Jeff Atizado, is making sure to understand the client business before you do anything else. That’s why SMB Consultants, recently named Cin7 Expert of the Year, do an in-depth investigation with all their client businesses before deciding what processes to implement, and which software to put them on.

“We did a session where we went through questions like ‘What does your business do? What are you trying to get out of it?’ and it became very clear that SMB had the ability to steer me in the right direction,” Jeremy says. “And what I needed was an inventory system of record that was also a transactional system for doing business with our clients, that also attached itself somehow to an accounting system.”

That system turned out to be DEAR, connected to Xero for accounting.

“It was clear that DEAR would give us the flexibility we needed,” says Jeremy.

Over a period of about three months, the World of Good team worked with SMB to determine how their business actually operated, and how the switch-over would work. In the holidays of 2019, they switched over from using MYOB for inventory and accounting to the combination of DEAR and Xero. It was, Jeremy says, “spectacularly straightforward.”

“As a tech person, you expect something to go horribly wrong,” he says. “I didn’t think the integration between DEAR and Xero would be easy. I fully expected a nightmare that would take months to sort out, but it was unbelievably easy – by the time the holidays finished and everyone was ready to come back to work, we were ready to go.”

DEAR was designed from the ground up to connect to Xero, and the  integration is so strong that Jeremy says that in the years since making the switch from MYOB, they’ve had few or no issues at all. “We’ve been able to move to a new level of business that we could not possibly have done with MYOB,” Jeremy says.

The move to the new cloud-based inventory and accounting combination has seen The World of Good unlock their latent ability to scale. They’ve tripled their revenue, and have gone from a very small business that was “just bumping along” to one that operates much more smoothly.

“Moving to DEAR was a massive relief, as far as I’m concerned,” says Jeremy. “We could manage the increase in sales volume without the system falling over.”

Selling baby goods is a lot easier with a good B2B

Early on, the World of Good decided to use DEAR’s built-in B2B system as their preferred method of interacting with their customers. It meant they didn’t have to worry about integration with a third-party piece of software.

“DEAR’s B2B system did exactly what we needed to do,” Jeremy says. “We figured we’d start with it and see how it went, and if we needed to, we’d upgrade. But we’ve been running it now for over three years, and we haven’t felt the need to do that at all. Our customers are very happy with it, because it’s so simple to use.”

Many business owners are apprehensive about using a B2B system like DEAR’s, says Jeffrey Atizado. They can often dismiss it as an area of improvement, and miss out on the benefits it can bring. “When I caught up with Jeremy at our annual trade show, it was really rewarding to see that nearly all of Jeremy’s clients had transitioned to the B2B portal,” says Jeffery. “He realized that if he could streamline the customer experience, he could spend more time at the tradeshow talking to customers, as well as increasing the number of stock turns he had in between replenishment orders.”

Jeremy says that if they hadn’t made the move to DEAR in 2019, they’d be a “much smaller entity” by now. They have plenty of plans for how they can expand on their current operations, using DEAR as their hub. SMB Consultants are a big part of this future picture, too.

“We’d like to get even more efficient – but we wouldn’t even think of doing that without working with a consulting organization like SMB,” Jeremy says. “Jeff and the team are incredibly enthusiastic about moving customers to a better place. He’s seen the future, and he wants everyone to get there – and SMB will never take you down a route that isn’t suitable for your business. It’s clear that they know what they’re talking about, and have got the systems and processes in place to ensure that you do it right.”

The key to their success with DEAR and SMB Consultants, Jeremy says, is that SMB don’t ‘just dive in.“

“DEAR is the hub that everything else hangs off”

Since implementing DEAR with the help of SMB Consultants, Jeremy says that the difference right across their business – all the way to the bottom line – is quantifiable.

“Our business has increased really dramatically over the last three years, since we implemented DEAR,” Jeremy says. In percentage terms, they’ve more than quadrupled their revenue. “I can say unequivocally that we wouldn’t have been able to get anywhere near that with the systems that preceded DEAR. We’re able to operate so, so much faster with DEAR than we possibly could with our previous setup.”

The World of Good also says that DEAR suits their needs much better than a big, bespoke ERP ever could. With his experience in IT, Jeremy knows how easy it is for small businesses to over-invest in an overwhelming system.

“It’s easy to get bowled over by systems. We looked at NetSuite as a possible answer to our prayers, but it’s so huge. Even if we could afford it, we’d have been out of our depth completely,” Jeremy says.

“But with DEAR, we have a very clear system that does a specific set of things very well. Having the comfort of knowing that the business operations are taken care of enables us to get on with the important stuff – the strategy, working on the next big thing for our business. And that is totally down to DEAR.”

Many products advertise themselves as life-changing or even life-saving. It happens often enough to make people roll their eyes – yet another outrageous claim. But when it comes to DEAR, the World of Good team says there’s no exaggeration.

“The whole business is run around DEAR, and if we didn’t have that, I can’t imagine where we’d be,” Jeremy says. “I’m a massive fan of the product, and I don’t see us running out of steam with it, ever.”

It isn’t just the business that’s running better. There’s a peace of mind that comes with the product that means there’s a lot more emotional energy to invest in the business. With the hard and the boring stuff automated, the work becomes something to look forward to, rather than be endured.

“Once we had DEAR, I could go ‘Phew.’ “I think my blood pressure has gone down. I think I’m emotionally attached to DEAR for saving my life!” Jeremy laughs. “Of course, that’s overstating it, but you know what I mean. We’d bumped up against a thing we couldn’t get past, and DEAR has totally changed that, so I’m a massive fan.”

Jeremy’s advice to other product sellers that find themselves in a similar place to where the World of Good was a few years ago is unequivocal: get DEAR, and get a trustworthy partner like SMB Consultants to help you implement it.

“If you’re in the business of buying and selling products as part of a channel to market, DEAR completely changes the way you think about operating,” Jeremy says. “Your products and your operating philosophy become one. The system enables you to get on with buying and selling without in any way worrying about stock levels and manual adjustments and all the other horrible things that would otherwise take up a lot of your life.”

“DEAR enables you, as a business owner, to think about the business, and not about the stuff.” 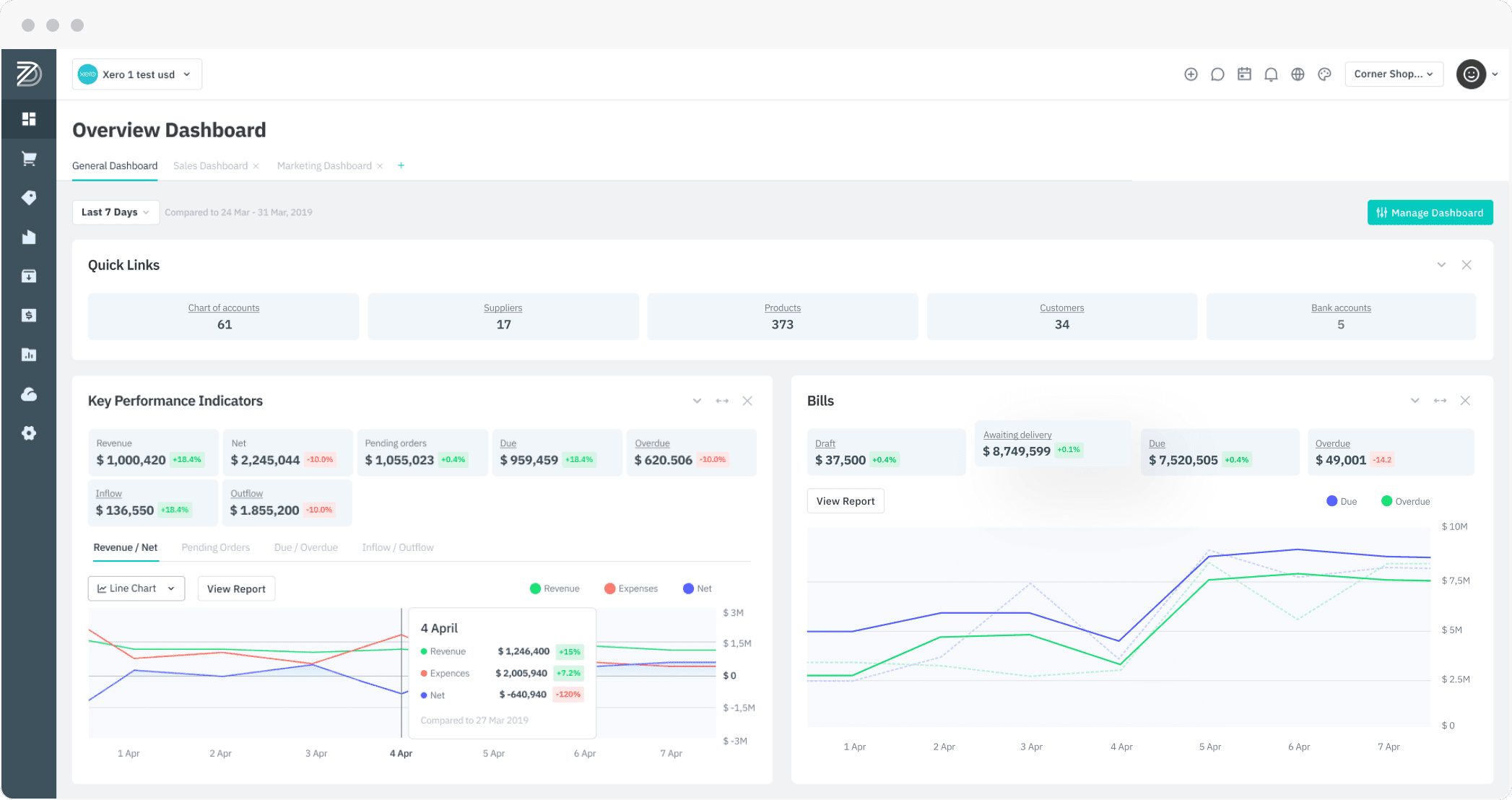 Select plan
Manage Cookie Consent
To provide the best experiences, we use technologies like cookies to store and/or access device information. Consenting to these technologies will allow us to process data such as browsing behavior or unique IDs on this site. Not consenting or withdrawing consent, may adversely affect certain features and functions.
Manage options Manage services Manage vendors Read more about these purposes
View preferences
{title} {title} {title}